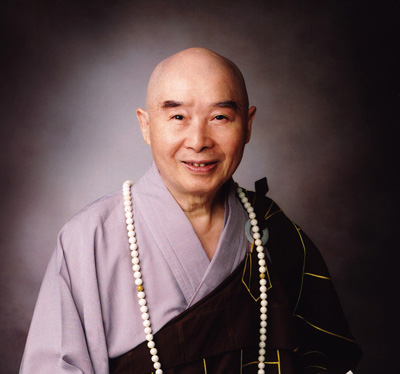 Chin Kung (b. 1927) is a Buddhist monk from the Mahayana tradition. He is the founder of the Corporate Body of the Buddha Educational Foundation, an organization based on the teachings of Pure Land Buddhism. He was born in Lujiang County, Anhui Province, China under the birth name of Hsu Yeh-hong (Xú Yèhóng 徐業鴻). He spent thirteen years studying Buddhism and Philosophy under the guidance of Professor Fang Tung-mei (方東美), Changkya Khutukhtu  a master in Mongolian Buddhist tradition), and lay teacher Lee Ping-nan (李炳南). He entered the monastic life in 1959, where he was ordained at Lintzi Temple at Yuanshan in Taipei, Taiwan. It was then that he received the name of Chin Kung, meaning "pure emptiness". Master Chin Kung is well known for using modern technology to spread the Buddha's teachings. His lectures are recorded on audio, video tapes and CDs for wide distribution in many temples, including many Buddhist temples and centers where people can pick up books to distribute to other places.