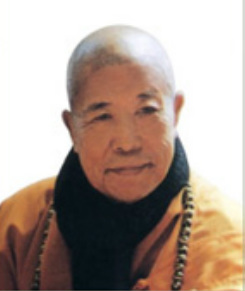 Hsuan Hua (Chinese: 宣化, April 16, 1918 – June 7, 1995), also known as An Tzu and Tu Lun, was a monk of Chan Buddhism and a contributing figure in bringing Chinese Buddhism to the United States in the 20th century. Hsuan Hua founded several institutions in the US. The Dharma Realm Buddhist Association (DRBA) is a Buddhist organization with chapters in North America, Australia and Asia. The City of Ten Thousand Buddhas (CTTB) in Ukiah, California, is one of the first Chan Buddhist monasteries in America. Venerable Master Hsuan Hua founded Dharma Realm Buddhist University at CTTB. The Buddhist Text Translation Society works on the phonetics and translation of Buddhist scriptures from Chinese into English, Vietnamese, Spanish, and many other languages.